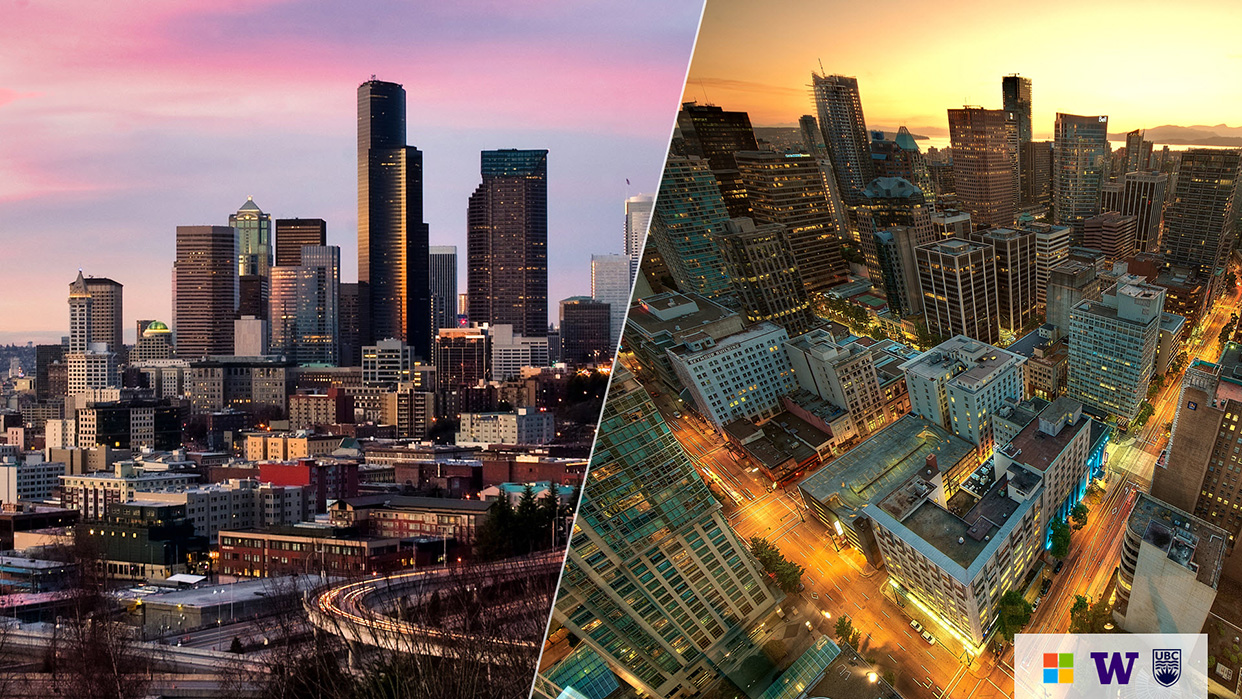 The inaugural UBC DSSG program was launched in 2017 as part of the Cascadia Urban Analytics Cooperative (CUAC). Sixteen UBC students from diverse backgrounds were selected to work in teams on four projects that were submitted by the City of Surrey and the BC Ministry of Tourism, Arts and Culture.

Multiple factors make it difficult to present an accurate picture of the supply side of tourism in BC. In addition to the dispersed small businesses that form the majority of the industry, the responsibility for permitting and regulation of the industry is shared among multiple government agencies. Recent alignment of government tools (e.g. BC Data Catalogue, iMap BC, BC Economic Atlas), executive support, and opportunities for applying new data tools in tourism planning form the basis for this project. This project supports the goals described in the provincial tourism strategy Gaining the Edge by facilitating access to timely and accurate data about the facilities, infrastructure, and resources that form the foundation of the tourism industry.

Guildford West is focused on using data and structure to increase access and improve outcomes (i.e., educational) for children and families. In essence, the overall initiative is about access (increasing it, whether to services, information, or support), quality (improving it, according to evidence), and impact (achieving maximum impact for children and families). The goal is to ultimately improve decision making in the areas of planning, investment and research across the early-years sector and capture the impact we are having on community through the use of data and measurement.

The City of Surrey has often been described as a “City of Cities” with each town centre identifying itself as a distinct community. However, the City of Surrey’s Economic Development Division would like to quantify what makes each town centre (e.g., City Centre, Newton, Cloverdale, Campbell Heights, Guildford, and Fleetwood) distinctive and unique based on available datasets. This information will help the Division determine each town centre’s competitiveness as a business cluster as well as identify the best strategy to attract investments into each of them. While some of the data is collected by the City of Surrey, to build a proper model to define factors of competitiveness and distinctiveness, additional sources of information will need to be identified and incorporated in this analysis.

The City of Surrey is one of the fastest growing municipalities in Canada with 10,000 new residents added every year which presents significant and exciting opportunities to leverage innovations in data that can inform improvements to the transportation network. This includes new roads, transit routes, multi-use pathways, and other mobility options are being added to and expanded on a monthly basis. Furthermore, the City is well advanced on the conceptual design of BC’s first Light Rail Transit project. Thus, the City is at a critical juncture of transportation planning and is looking at integrating new technologies, new modes of transportation, and data analysis to guide our ongoing development of new neighbourhoods and roll-out of expanded public transit as the City densifies. 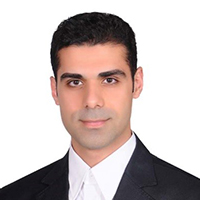 Saeid is pursuing a PhD degree at UBC in Civil Engineering. After finishing his MSc studies on a new optimization approach for large variable problems, he is now focusing on a novel statistical approach to indentify outliers in the behavior of structures. He is applying this technique on large data acquired from sensors mounted on experimental structures at UBC, and the results prove to be promising. Saeid also proposed a new robust clustering approach (HFC) in order to cluster the elements using the data measured from these sensors. With his background on sophisticated optimization methods and his PhD research on statistical clustering and outlier analysis approaches, Saeid is now diving deeper into the domain of Machine Learning in order to apply his knowledge in creation and development of new and efficient methods. 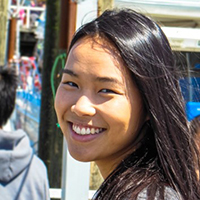 Patricia is a graduating student with a Bachelor’s degree in Honours Biophysics and a passion for interdisciplinary connections. She holds a wide breadth of interests, having worked as a physics outreach educator, biomedical instrument developer, and climate change mitigation modelling analyst during her time at UBC. As an incoming DSSG fellow, she is excited to gain a deeper understanding of data science and to harness quantitative, analytical tools to address complex problems. 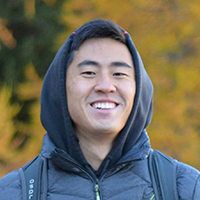 Lap-Tak is a fourth-year engineering physics student who is interested in learning more about, and applying data science, machine learning and A.I. techniques to problems that have a positive impact on the world. He loves the outdoors and can be found camping and hiking in the summer and skiing and snowboarding in the winter. 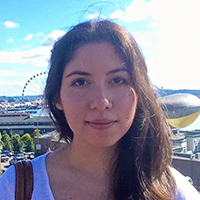 Elba is a recent UBC graduate with a double major in Economics and International Relations. She is most passionate about bridging academic research and effective policy making in the areas of education, health care, and economic empowerment. She strives to use data science to uncover meaningful patterns and develop innovative solutions to fit today’s unique problems. She has prior experience working in labor market and environmental research for both economics and science professors at UBC as well as policy experience working as an economic intern at the U.S. Consulate in Vancouver. She will be pursuing graduate studies at the Barcelona Graduate School of Economics (BGSE) next September and hopes to complete a PhD in Economics in the near future. 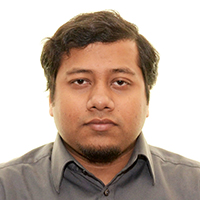 Rashed is an MSc student in the Department of Statistics, UBC. He is working on the Bayesian model comparison in his thesis with Professor Paul Gustafson. Previously, Rashed completed both of his Bachelor and MS in Applied Statistics from the University of Dhaka, Bangladesh. Before coming to UBC, he worked in the International Centre for Diarrhoeal Disease Research, Bangladesh and the University of Dhaka. His current research interests are Bayesian Statistics, Data Science, Biostatistics, Statistical Genetics and Causal Inference. Besides study, he enjoys traveling and loves to watch and play cricket. 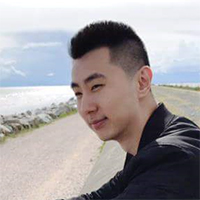 Tony is half biologist and half computer scientist currently working towards a Master’s degree in Genome Sciences and Technology. His research focuses on using genomic data from single-cells to uncover the extent and significance of cell-to-cell variation. On the side, he likes to use the same skill-set he learned from genomics data to solve data science problems. To that extent, he is the president of DataSense, a data science focused club at UBC, has won three data-related hackathons in and around Vancouver, and is currently the Chief Technology Officer of a growing startup that uses data to help people get jobs. 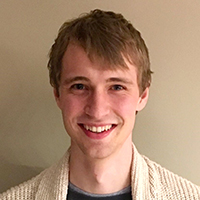 Patrick is a Master’s student in the Psychology department at UBC studying object recognition both in humans and in computational systems. His work focusses on Convolutional Neural Networks and their similarities to the human brain. Through these neural networks, he was introduced to the world of data science. His involvement in data science started as a hobby, but over the past few years, it has developed into a true passion. This passion extends to data visualization and science outreach to the general public. He believes that data is most powerful when people can easily interact with it and, from this interaction, gain intuition into the workings of the world without considerable background knowledge in statistics. In his free time, he enjoys making music, baking bread, and the outdoors. 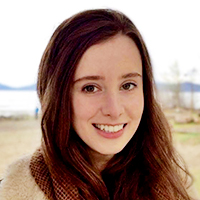 Natasha recently completed her Bachelor of Arts, with a double major in Economics and Mathematics. She will be continuing her studies at UBC, entering the Master of Arts in Economics program in the fall. Natasha is interested in exploring applications of data science to the social sciences, economics in particular. 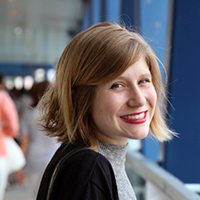 Sarah is an International Economics major at the University of British Columbia. She has conducted in-depth research across various industries, including trade analysis at the Canadian Chamber of Commerce in Hong Kong, planning and evaluation research for Columbia Basin Trust, and a performance tracking study regarding Canada’s progress towards the SDGs with the British Columbia Council for International Cooperation. From living abroad in developing countries for most of her life, Sarah has a strong passion for working in social and economic development and hopes to further her skill set in this field by working with DSSG. 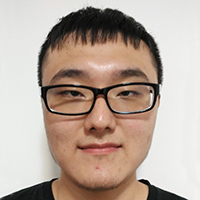 Shenyi is a second-year M.Sc. student in Statistics at the University of British Columbia. He is a well-trained statistician with strong interest in applying statistical modelling and analysis on different types of data sets. His current research work at UBC involves applying multivariate techniques such as copula to analyze the dependence structure within data. In his free time, Shenyi loves to participate in volunteer activities and listen to electronic music. 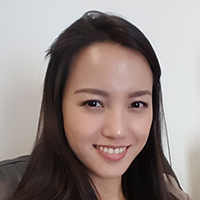 Mina is passionate about how data can transform information into actionable insight. She is currently a PhD candidate in the School of Population and Public Health at the University of British Columbia. Her research investigates the impact of maternal depression and prenatal antidepressant use on child development. Prior to her PhD, she obtained a MSc in Pharmacology and Toxicology at the University of Toronto and a BASc in Political Science and Biomedical Sciences from McGill University. In her spare time, Mina volunteers in science outreach and enjoys travelling, hiking, and yoga. 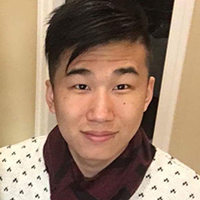 William is currently a fourth-year honours computer science student at the University of British Columbia. He has a passion for building robust, scalable systems, with experience deploying in production to users around the world. Drawn to the challenge of searching for needles in the data haystack, he is particularly interested in tackling problems in the intersection between computer vision and deep learning. 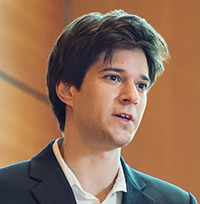 Raphaël is a fresh graduate of the Master’s program in Public Policy and Global affairs at the UBC, where he specialized in natural resources governance, environmental economics and conservation policies. Maneuvering through the complex inter-linkages between the economy and the environment, Raphaël has been seeking out new innovative methods to value natural capital and foster intergenerational equity. As a dedicated sustainability leader, his proficiency in environmental-risk assessments, strategic policy design and quantitative research methods led him to collaborate on an eclectic set of projects, which range from enhancing the production of coho salmon in BC to assessing the potential of innovative financing schemes to dampen deforestation rates in Indonesia. Prior to his Master in Public Policy, Raphaël completed a BSc in Economics from the University of Montreal. 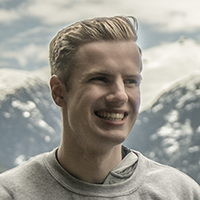 Halldór is a second year Computer Science Master’s student at UBC. Before coming to Vancouver, he lived in Reykjavik, Iceland all his life. Apart from coding and building interesting applications, he enjoys spending time outdoors in and around Vancouver. A significant amount of his free time is spent hiking, doing CrossFit and playing beach volleyball and other pick-up sports. 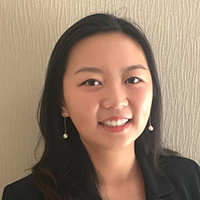 Hailey is a fourth-year UBC student, major in Business and Computer Science Combined Program (BUCS). She is strongly interested in Data Science and wants to utilize the summer time to improve her knowledge in this aspect. She is an international student who has been studying in five different countries — Canada, France, South Korea, United States, and China (in reverse chronological order). She has been actively participating in various student organizations to contribute back to the community. 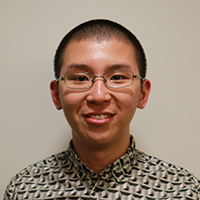 Gary is a third-year double Honours student in Economics and Mathematics from the University of British Columbia. He’s been in Vancouver for three years, and like most of the others, he enjoys everything here: food, mountains, culture, and people. In his academic life, Gary found his keen interest in information technology and its impact on social issues. Therefore, he wishes to explore more about this topic by joining the DSSG program this summer.

The Cascadia Urban Analytics Cooperative (CUAC) is an applied, interdisciplinary, regional centre that brings together academic researchers, students, and public stakeholder groups to address topics affecting citizens of the Cascadia region. CUAC explores these topics, usually in an urban-context, by harnessing data science techniques for social good. The CUAC initiative is supported generously by Microsoft.

We acknowledge that the UBC Point Grey campus is situated on the traditional, ancestral, and unceded territory of the xʷməθkʷəy̓əm (Musqueam).